Rough, tough and wild. The Kin live a life that has been unchanged for thousands of years. One that usually involves strong drink and hitting something in the face. Once they ruled the world, but now they have been pushed into the deep forests and mountains of the world by the civilized powers of the world. The Iron Kingdoms. 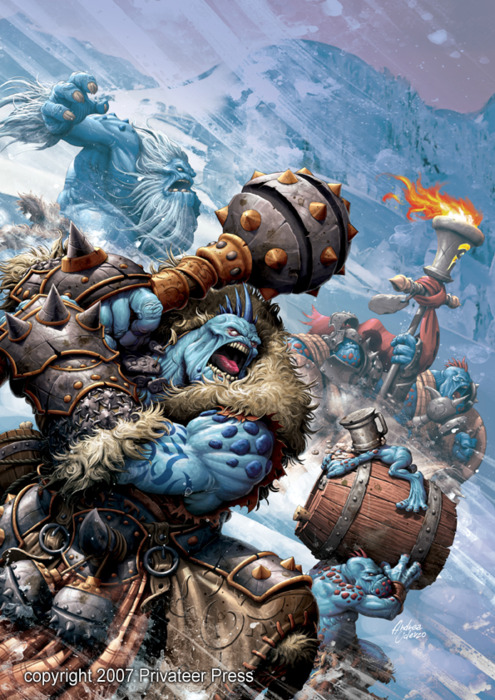 Some unknown catastrophe has been driving the reclusive Nyss elves down from the Shard Spines in recent years. The same calamity has the Circle Oroboros and their Tharn allies nosing around more often. And ever growing threat from the humans of Khador and their insatiable need for resources has them pushing farther and farther into the forest.

Stuck right in the middle of all this upheaval is the Silverleaf Kriel. A modest Trollkin kriel that seen their days of abundance dwindle. The coming winter is proving to be a harsh one. Food is scarce, the denizens of the forest are hungry and the cold will be bitter. And something…sinister…is in the air. The players are young members of the tribe, taking their first steps into the world beyond their Kriel where they hope to find their fates, as well glory.

I'm sorry, but we no longer support this web browser. Please upgrade your browser or install Chrome or Firefox to enjoy the full functionality of this site.